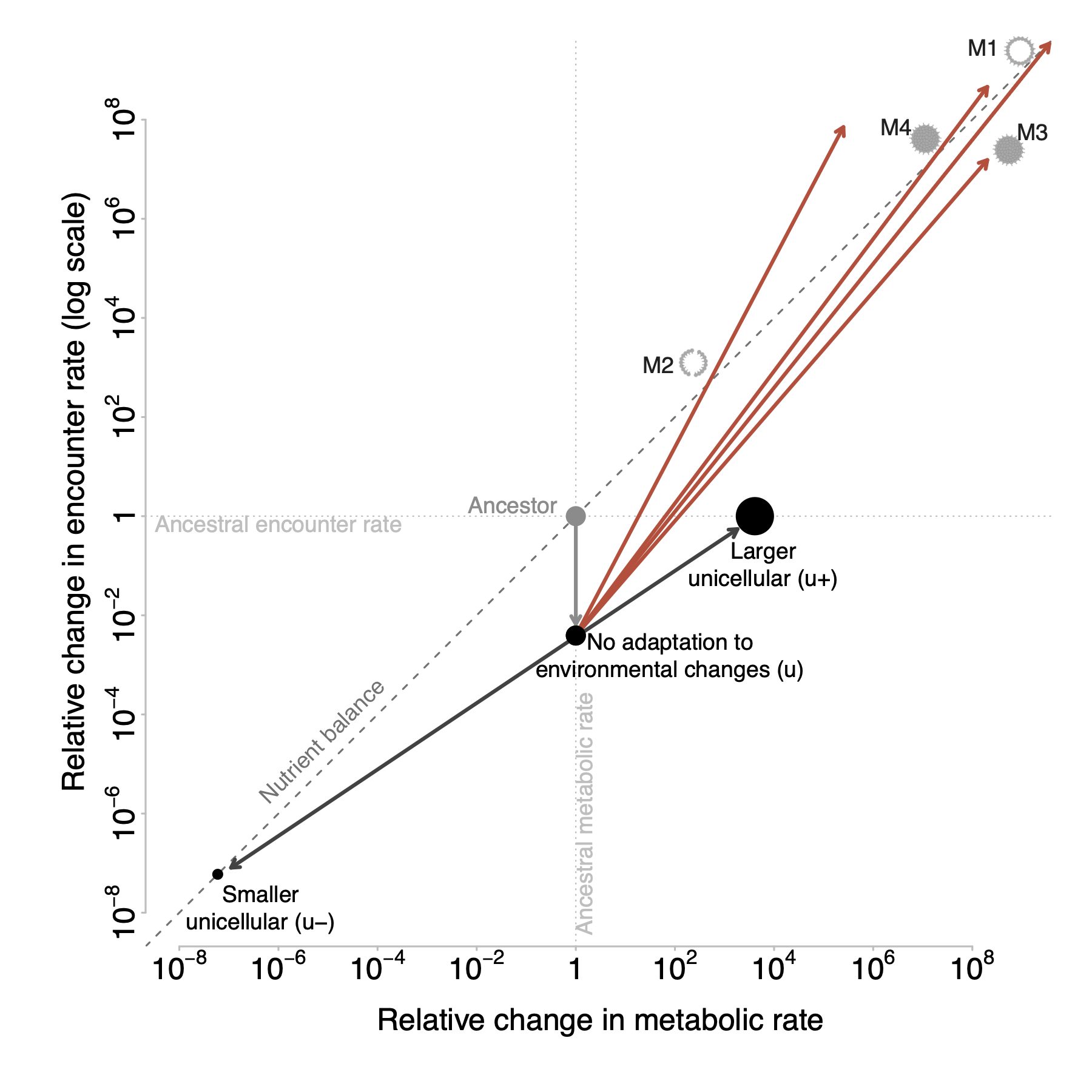 Animals, fungi, and algae with complex multicellular bodies all evolved independently from unicellular ancestors. The early history of these major eukaryotic multicellular clades, if not their origins, co-occur with an extreme phase of global glaciations known as the Snowball Earth. Here, I propose that the long-term loss of low viscosity environments due to several rounds global glaciation drove the multiple origins of complex multicellularity in eukaryotes and the subsequent radiation of complex multicellular groups into previously unoccupied niches. Under this scenario, life adapts to Snowball Earth oceans by evolving large size and faster speeds through multicellularity which acts to compensate for high viscosity seawater and achieve fluid flow at sufficient levels to satisfy metabolic needs. Warm, low viscosity seawater returned with the melting of the Snowball glaciers and with it, by virtue of large and fast multicellular bodies, new ways of life were unveiled.