The measurement of species selection on evolving characters 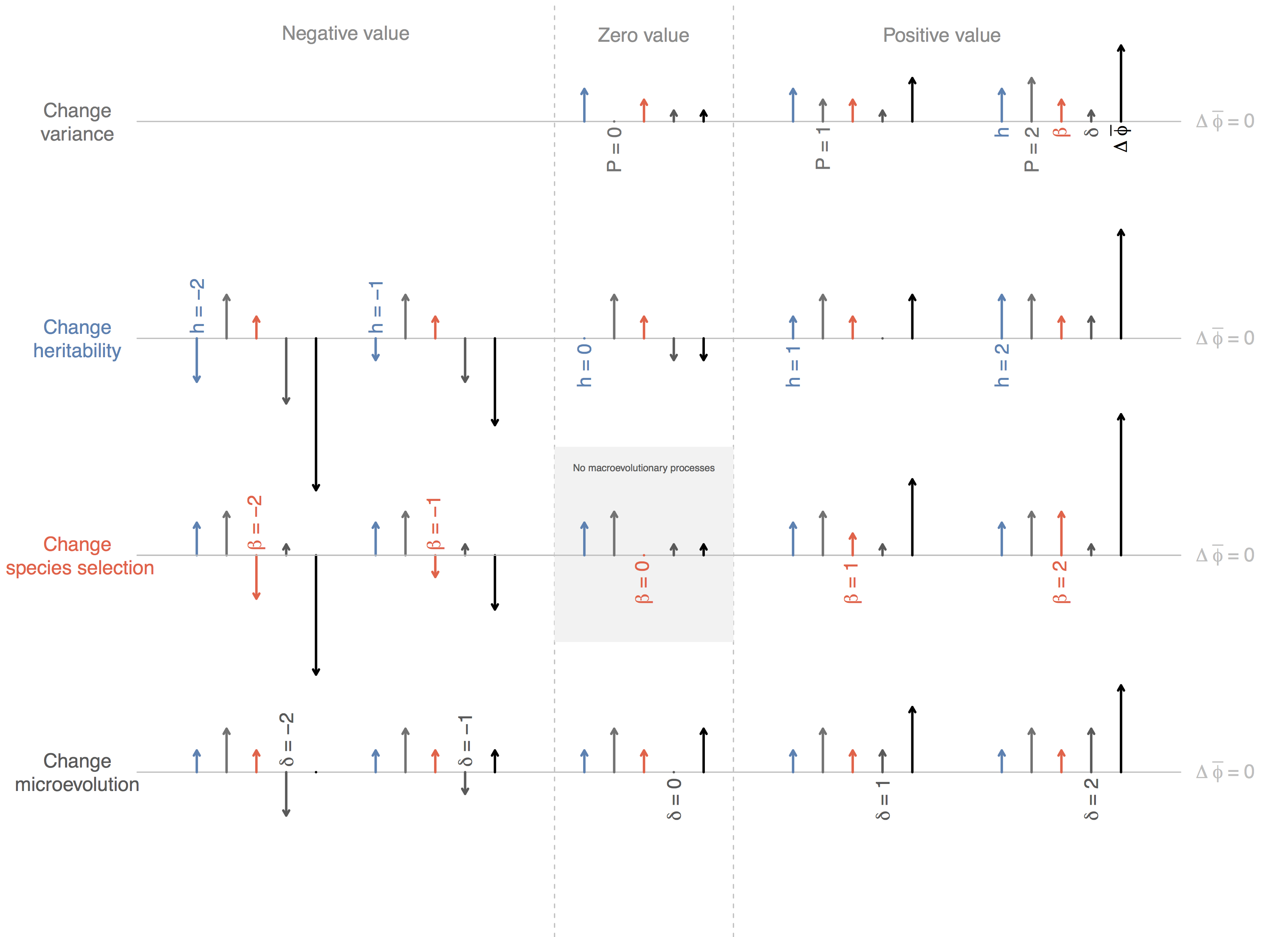 The importance of macroevolutionary and microevolutionary processes on trends is described using visual vector fields. Each row shows the effect on a trend of varying a single species-level parameter. The magnitude and direction of that parameter changes horizontally, from strongly negative on the far left, weakly negative on the middle left, a value of zero in the center, weakly positive on the middle right, and strongly positive on the far right. Each horizontal line defines a trend of zero net change. Vectors that point up are positive and those that point down are negative. In the top row, species-level variance can not be negative, so trends are not possible in that left region. The central grey rectangle shows the only parameter combination here without species selection. In this case, the trend is solely generated by the average pattern of anagenesis and cladogenesis and is independent of the amount of species-level phenotypic variation within the clade at any one time.