Bryozoans are a phylum of colonial animals. They first appear in the fossil record during the early Ordovician (~480 million years ago.) Since that time, bryozoans have been a major component of the fossil record and of marine communities. Their colonies are modular, with individual animals, called zooids, forming the building blocks of the colony. There are two primarily marine classes: The Stenolaemata and the Gymnolaemata. The Phylactolaemata are an exclusively freshwater class. Many fundamental discoveries in evolutionary and paleobiology have been made with bryozoans and many more discoveries await. 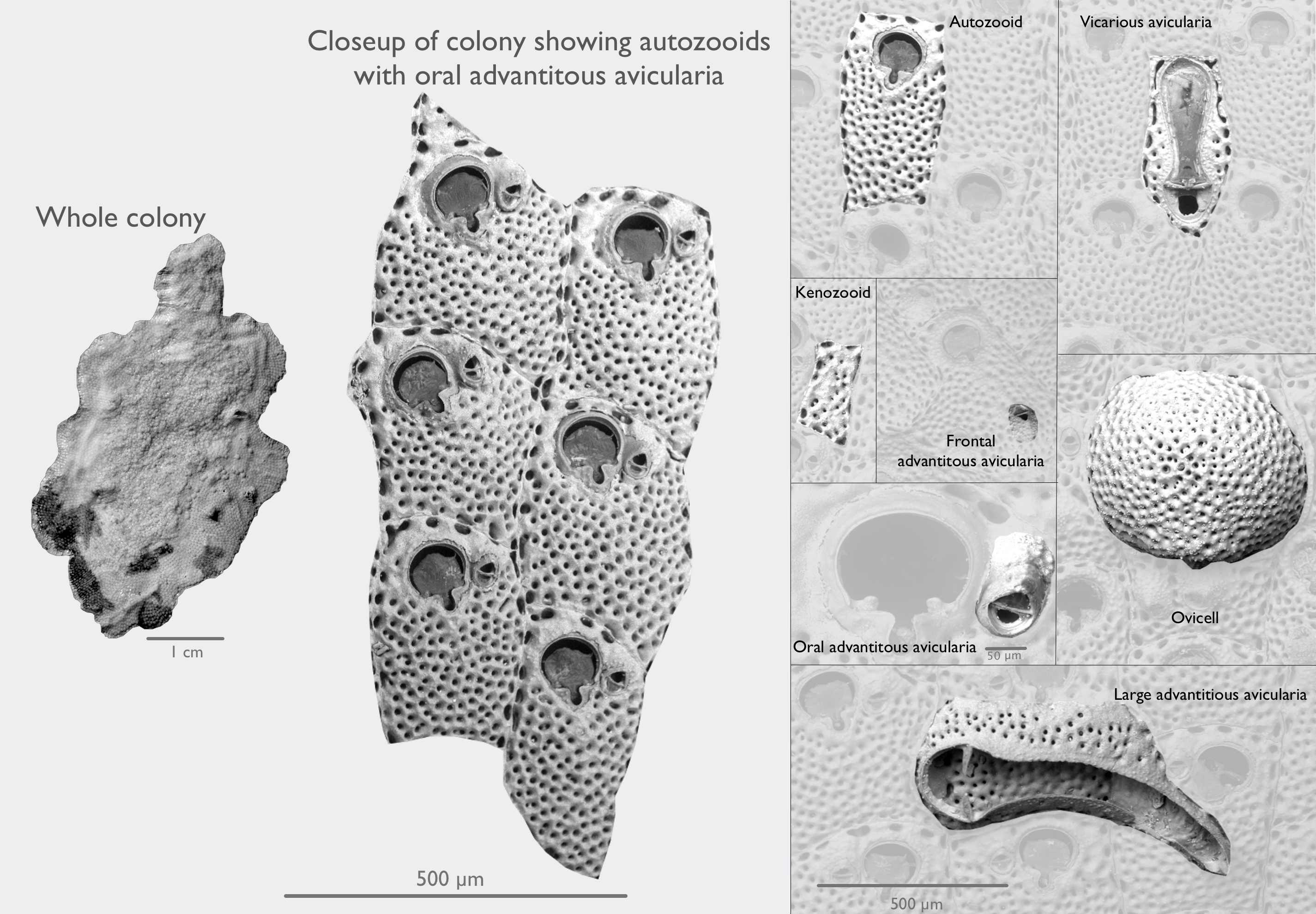