Rarity is widely used to predict the vulnerability of species to extinction. Species can be rare in markedly different ways, but the relative impacts of these different forms of rarity on extinction risk are poorly known and cannot be determined through observations of species that are not yet extinct. The fossil record provides a valuable archive with which we can directly determine which aspects of rarity lead to the greatest risk. Previous palaeontological analyses confirm that rarity is associated with extinction risk, but the relative contributions of different types of rarity to extinction risk remain unknown because their impacts have never been examined simultaneously. Here, we analyse a global database of fossil marine animals spanning the past 500 million years, examining differential extinction with respect to multiple rarity types within each geological stage. We observe systematic differences in extinction risk over time among marine genera classified according to their rarity. Geographic range played a primary role in determining extinction, and habitat breadth a secondary role, whereas local abundance had little effect. These results suggest that current reductions in geographic range size will lead to pronounced increases in long-term extinction risk even if local populations are relatively large at present. 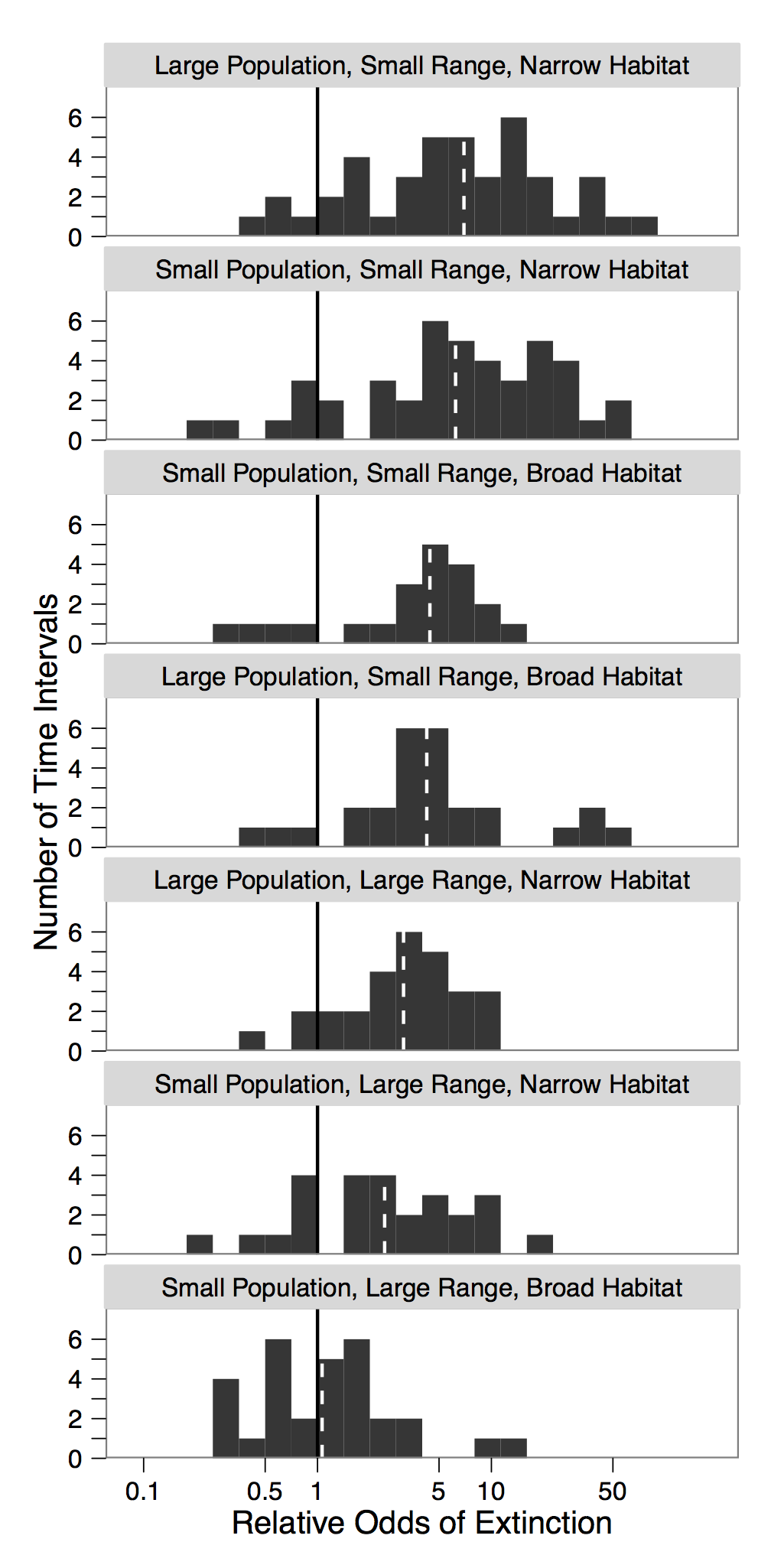