How many levels are there?

Simpson, C. 2011. How many levels are there? How insights from evolutionary transitions in individuality help measure the hierarchical complexity of life. In, The Major Transitions in Evolution Revisited, Brett Calcott & Kim Sterelny eds. MIT Press. pdf

How the vast range of spatial and temporal scales on which biological processes interact and relate to each other is a fundamental problem in evolutionary biology. The tandard solution was given by Darwin and formed the core of the modern synthesis. Observed processes of organisms interacting with their environment (which includes other organisms) produce all the patterns at all spatial and temporal scales. From this perspective, biology is uniformitarian, patterns at all scales are thought to be caused by the observable local processes. Unfortunately, observations at large scales do not seem to be reducible to local patterns in all cases. The most critical of these observations are those transitions in evolution known as evolutionary transitions in individuality (Buss 1987, Maynard Smith and Szathmary 1995 Michod 1999). What occurs during these transitions is the passing of the dominant fitness components from one level of organization to a higher more inclusive level, and with it new levels of organization, evolution, and ecological interaction emerge. 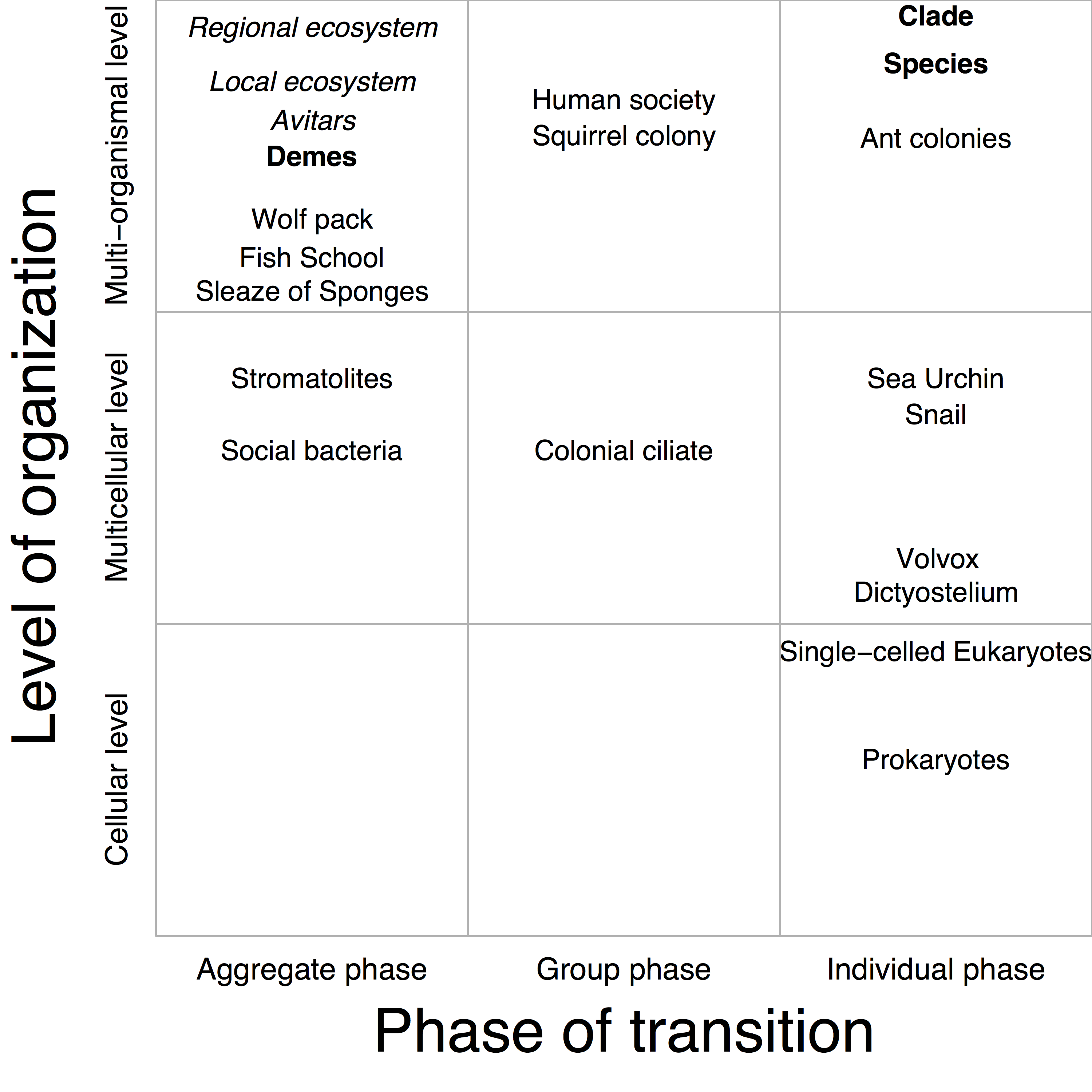