Extinctions in ancient and modern seas

In the coming century, life in the ocean will be confronted with a suite of environmental conditions that have no analog in human history. Thus, there is an urgent need to determine which marine species will adapt and which will go extinct. Here, we review the growing literature on marine extinctions and extinction risk in the fossil, historical, and modern records to compare the patterns, drivers, and biological correlates of marine extinctions at different times in the past. Characterized by markedly different environmental states, some past periods share common features with predicted future scenarios. We highlight how the different records can be integrated to better understand and predict the impact of current and projected future environmental changes on extinction risk in the ocean. 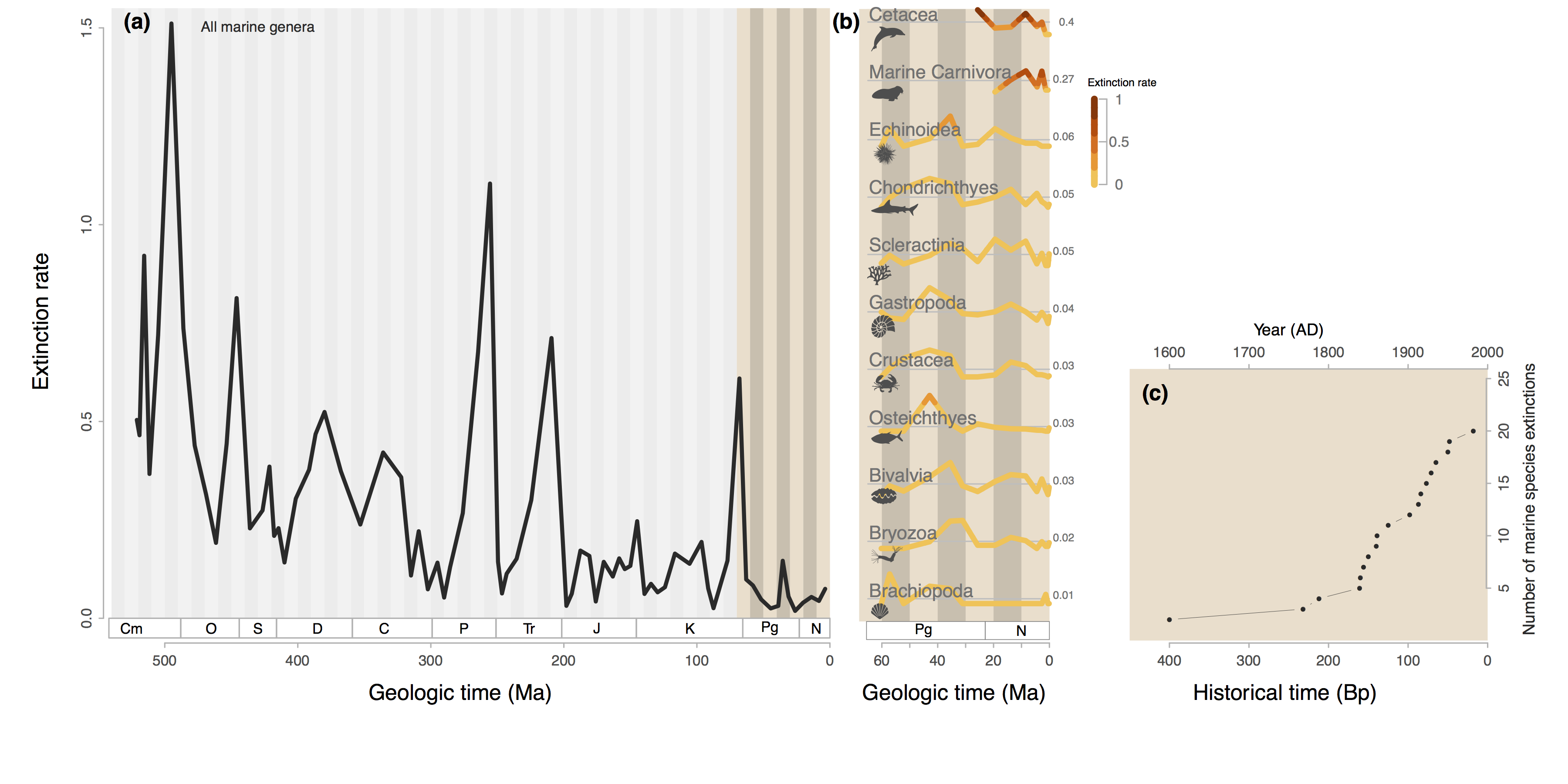 Evidence of marine extinctions in the fossil and historical records. (a) Extinction rate of all marine genera in the Phanerozoic [past 550 million years (Ma)] and (b) by major clades in the Cenozoic (past 65 Ma); horizontal gray lines and corresponding numerical values in (b) are the mean Cenozoic extinction rates. (c) Cumulative number of global extinctions of marine species in historical times (1500–2000 AD). Fossil data are from the Paleobiology Database (http://paleodb.org). Abbreviation: Bp, before present.