The role of extinction in large-scale diversity-stability relationships 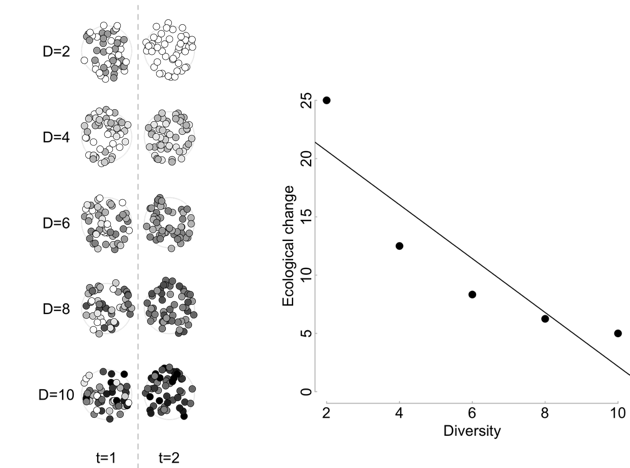 An illustration of how high extinction rates can generate a diversity–stability relationship. Five reef communities with varying diversities are sampled at two time intervals. They each lose half of their species from one interval to the next. Ecological change is measured as the difference in community composition (number of species and their abundances) across intervals.