Equatorial decline of reef corals during the last pleistocene interglacial

The Last Interglacial (LIG; ca. 125,000 y ago) resulted from rapid global warming and reached global mean temperatures exceeding those of today. The LIG thus offers the opportunity to study how life may respond to future global warming. Using global occurrence databases and applying sampling-standardization, we compared reef coral diversity and distributions between the LIG and modern. Latitudinal diversity patterns are characterized by a tropical plateau today but were characterized by a pronounced equatorial trough during the LIG. This trough is governed by substantial range shifts away from the equator. Range shifts affected both leading and trailing edges of species range limits and were much more pronounced in the Northern Hemisphere than south of the equator. We argue that interglacial warming was responsible for the loss of equatorial diversity. Hemispheric differences in insolation during the LIG may explain the asymmetrical response. The equatorial retractions are surprisingly strong given that only small temperature changes have been reported in the LIG tropics. Our results suggest that the poleward range expansions of reef corals occurring with intensified global warming today may soon be followed by equatorial range retractions. 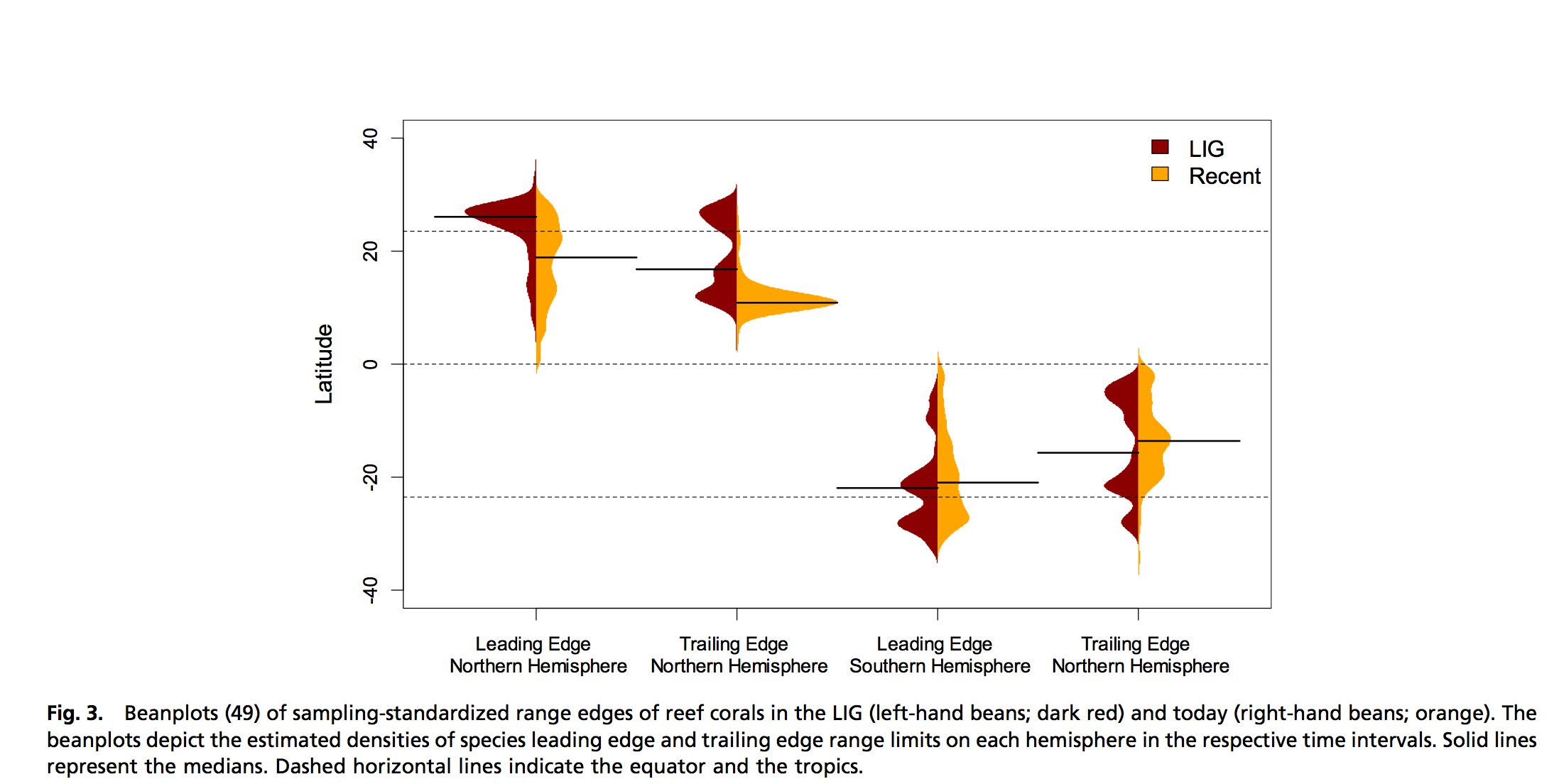