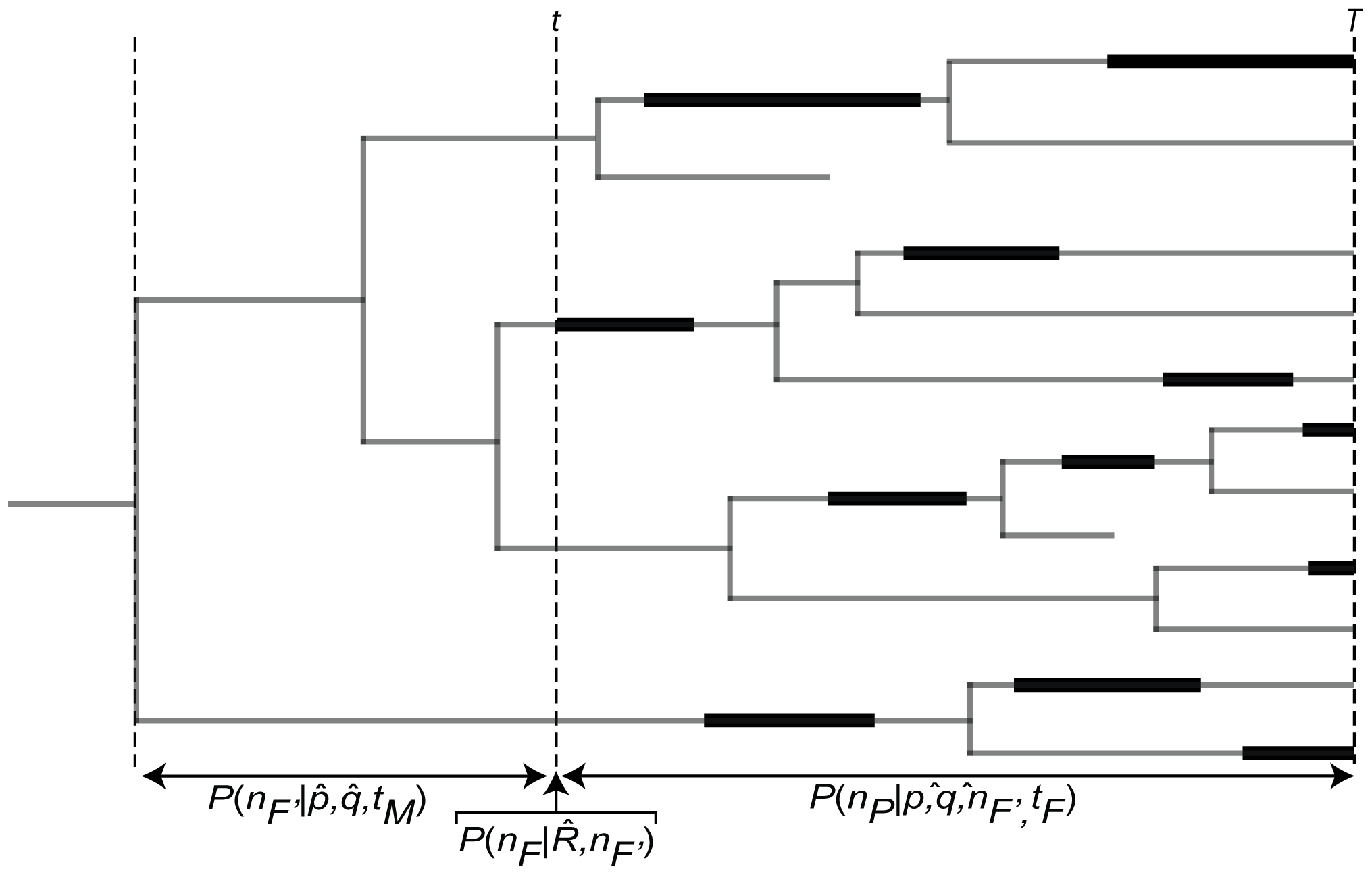 Our method provides an estimate for the length of time after age of the MRCA of a clade but prior to the age of the oldest fossil (i.e. the missing history). This hypothetical clade has N = 11 lineages at time T, representing the current standing diversity of the group. Thick bars on the internal branches of the tree represent the preserved fossil history of the clade, such that n = 1 lineage preserved at time t. The expressions for deriving the probability of the three key temporal durations in the history of a clade are shown.