Anthropogenic rise in the carbon dioxide concentration in the atmosphere leads to global warming and acidification of the oceans. Ocean acidification (OA) is harmful to many organisms but especially to those that build massive skeletons of calcium carbonate, such as reef corals. Here, we test the recent suggestion that OA leads not only to declining calcification of reef corals and reduced growth rates of reefs but may also have been a trigger of ancient reef crises and mass extinctions in the sea. We analyse the fossil record of biogenic reefs and marine organisms to (1) assess the timing and intensity of ancient reef crises, (2) check which reef crises were concurrent with inferred pulses of carbon dioxide concentrations and (3) evaluate the correlation between reef crises and mass extinctions and their selectivity in terms of inferred physiological buffering. We conclude that four of five global metazoan reef crises in the last 500 Myr were probably at least partially governed by OA and rapid global warming. However, only two of the big five mass extinctions show geological evidence of OA. 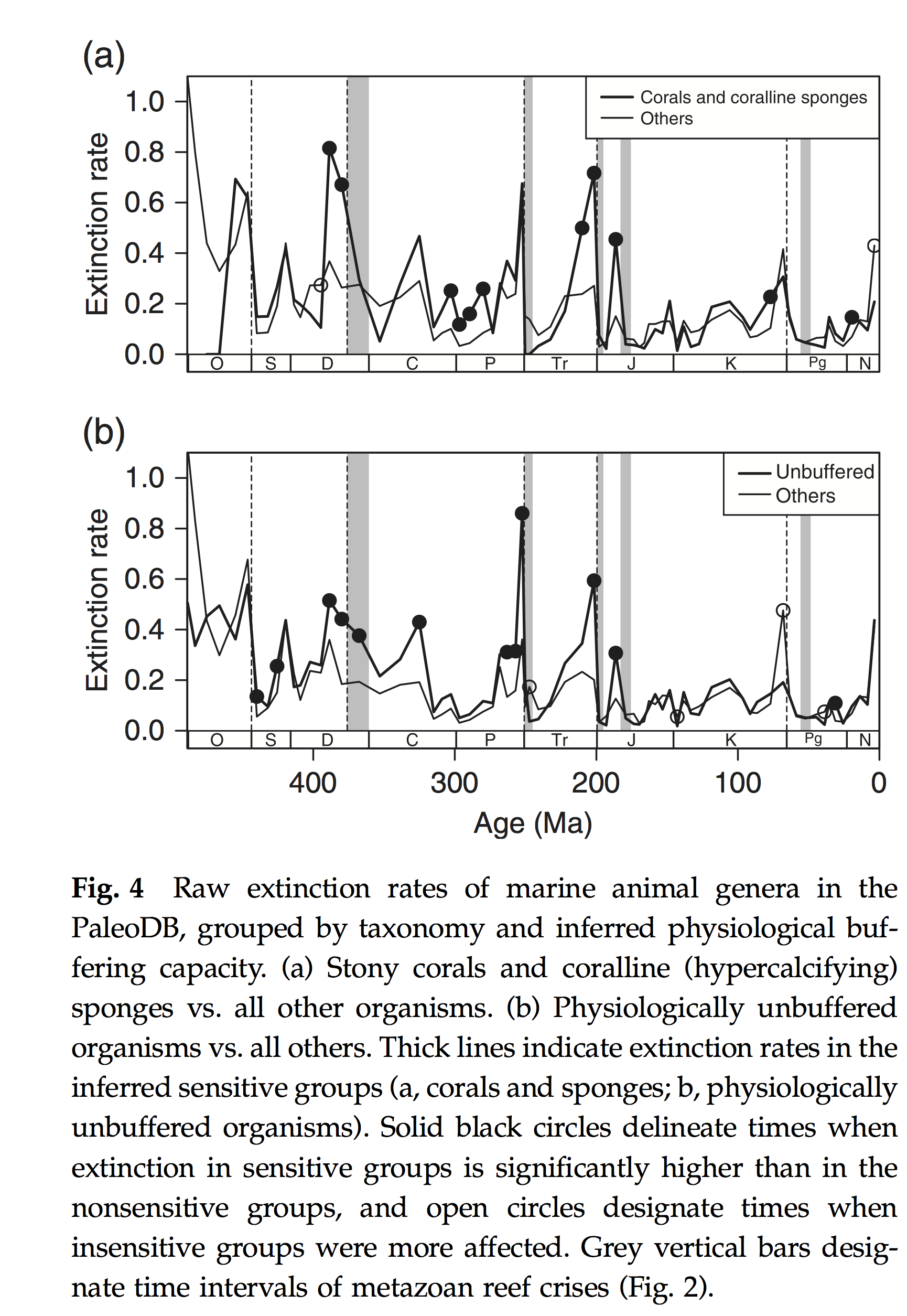