Species selection in the molecular age

Everything biological varies. Without variation, evolution would not be possible. This is a truism in macroevolution as much as it is within and between organisms. Species vary in their phenotypic and macroecological traits and variation also exists in the taxonomic rates of speciation and extinction over time, among taxa, and within taxa. Variation in diversification rates produces the major patterns of diversification we observe in the fossil record. Understanding the patterns and causes of variation in diversification rates has been the focus of palaeobiology for decades. 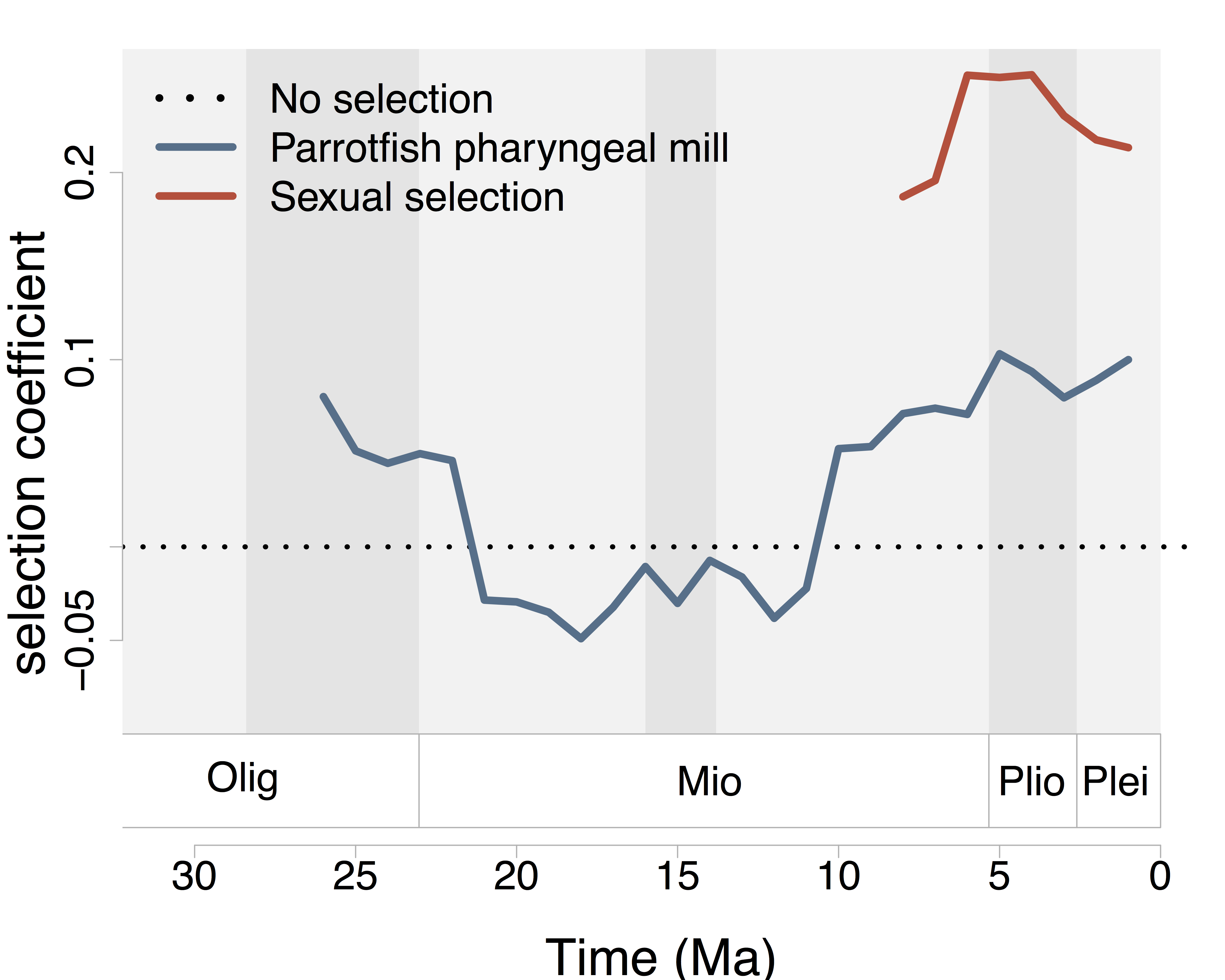 An estimate of the magnitude and direction of species selection on multiple traits in labrid fishes derived from a time-calibrated molecular phylogeny. The pattern of species selection observed here shows that sexual selection is a consistent and strong cause of high diversification rates but the presence of the parrotfish pharyngeal mill is not consistently associated with high diversification because it is seen to oscillate around a selection coefficient of zero. This means that for about 10 million years, fish with the novel jaw structure diversified at a lower rate than fish without that it. However, species with sexual dichromatism consistently have higher diversification rates than species without it.