The evolutionary history of division of labour

Simpson, C. 2012. The evolutionary history of division of labour. Proceedings of the Royal Society B: Biological Sciences 279:116–121. pdf

Functional specialization, or division of labour (DOL), of parts within organisms and colonies is common in most multi-cellular, colonial and social organisms, but it is far from ubiquitous. Several mechanisms have been proposed to explain the evolutionary origins of DOL; the basic feature common to all of them is that functional differences can arise easily. These mechanisms cannot explain the many groups of colonial and social animals that exhibit no DOL despite up to 500 million years of evolution. Here, I propose a new hypothesis, based on a multi-level selection theory, which predicts that a reproductive DOL is required to evolve prior to subsequent functional specialization. I test this hypothesis using a dataset consisting of the type of DOL for living and extinct colonial and social animals. The frequency distribution of DOL and the sequence of its acquisition confirm that reproductive specialization evolves prior to functional specialization. A corollary of this hypothesis is observed in colonial, social and also within multi-cellular organisms; those species without a reproductive DOL have a smaller range of internal variation, in terms of the number of polymorphs or cell types, than species with a reproductive DOL. 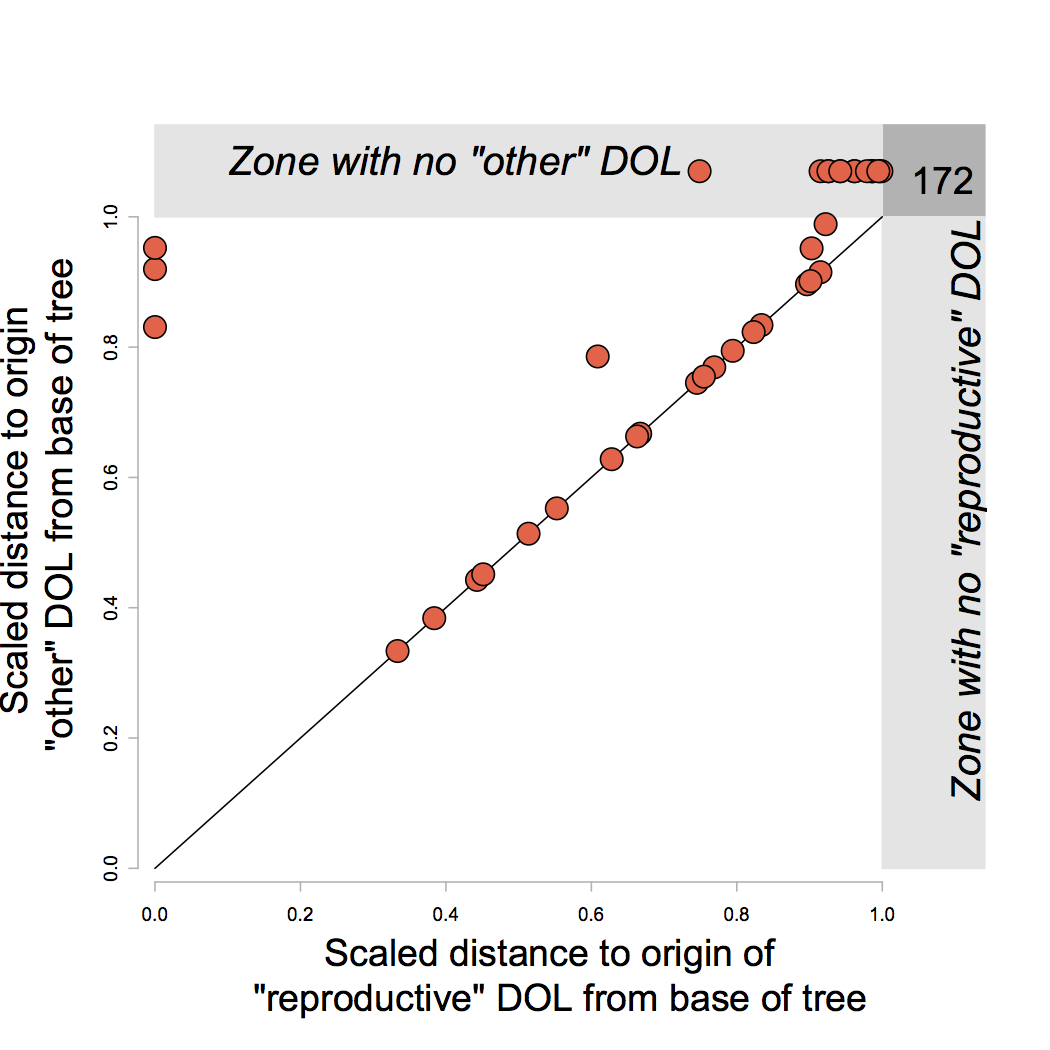 I measure the relative timing of tasks in colonial and social animals with time-calibrated molecular phylogenies. Included in this figure are a diverse sample of colonial and social animals ranging from bryozoans to buffalo and from hydrozoans to humans. The sequence of division of labor is indicated by which side of the one-to-one line points plot. All plot on or above showing that reproductive specialists always evolve before or simultaneously with members specializing in other tasks such as feeding or defense. There are also many origins of sociality and coloniality that have no division of labor.